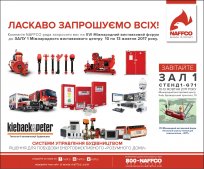 more
Карта сайту | Політика Конфіденційності | Copyright © 2022. NAFFCO. All Rights Reserved.
бюлетень
This site uses some unobtrusive cookies to store information on your computer. By using our site you accept our Terms And Conditions and Privacy Policy. ×
NFPA 20 Seminar